I was lucky enough to get some great old family photos the other day from the Huettner of Mobridge Studio (South Dakota, 1911 – 1950 or so). This one is my favorite! Notice the wheel cover advertising – it says “Kodak As You Go” followed by the “Huettner of Mobridge” name. 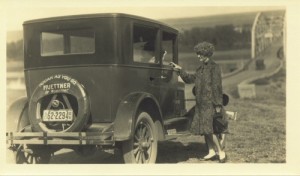 Apparently, they were encouraging people to use the word “Kodak” as a verb.

Photographer Oscar Huettner spent almost 40 years taking photos of the people of the prairies. Some came to his studio, but he’d just as often go out on the road. He was well known for his portraits, including some of the local Lakota tribal elders. The studio is long gone now – even the building has been sold. But the pictures are still around – many on display at the Klein Museum in Mobridge, South Dakota.

And many still in the family collections! These are where we get the formal portraits along with the more casual, day-to-day stuff. And, like any proud father, Oscar took tons of pictures of his kids. These two are from the mid-1920s, a time when most people saved photography for special occasions. 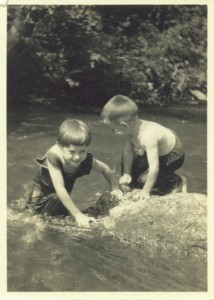 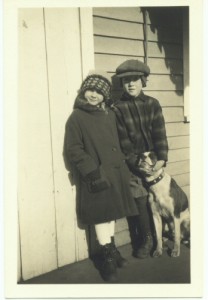 I’ll be visiting Mobridge this summer, and look forward to seeing more of the artistry that came out of the “Hu-Mo” studio.