Whew.  What a weekend! 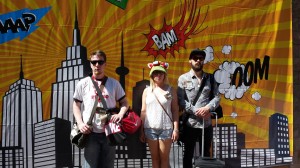 As always, I had a great time at Phoenix Comicon, even though I didn’t get to socialize quite as much as I would have liked because my volunteer job took up quite a bit of time.  This year, I was a “handler” – that’s where I get assigned to help one of the special guests with, well, pretty much anything that guest needs.  This year, I was assigned to Burt Ward.  Yes, the REAL Robin from the 1966 Batman television series.  He actually brought his own guy – agent or manager or something – so I really didn’t have very much to do but be there just in case.  Escort him – and Adam West and Julie Newmar – to the places they needed to be.  Help manage the lines as needed.  You know, handle stuff.

Many people don’t know this, but Burt was actually in some 20+ movies after the Batman series ended, did some voice work, wrote an autobiography, and started a children’s educational charity.  His current passion is a big-breed dog rescue foundation called Gentle Giants. They arrange adoptions for Great Danes and Mastiffs and other big dogs, and also promote a type of dog food that helps the dogs live longer. 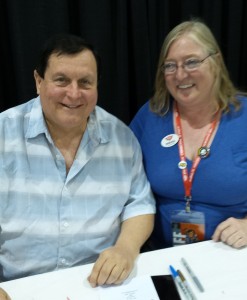 I was very impressed with Julie Newmar.  She was charming, gracious, witty, and just all-around delightful to be near.  She brought her brother John to this show (he’s a scientist and winemaker) and Julie claims that it was John who encouraged her to take the Catwoman role.  You can see Julie (and Burt and Adam) in their panel on Youtube:

So that was my “work”.  For fun, I got to see a few of my friends and lots of other performers and artists that I admire. 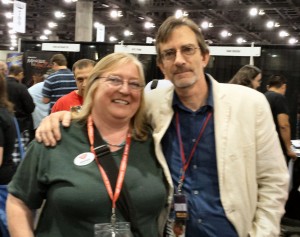 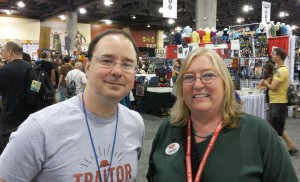 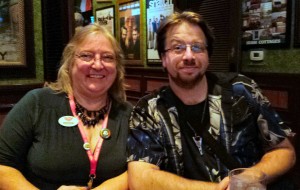 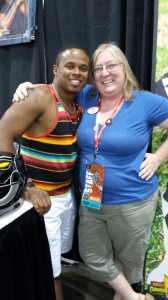 And of course, I got to hang out with my favorite con-buddies, Eric, Heidi, and Ben.  Thanks for coming with me, guys!