This isn’t really about Comicon (that’s in a bunch of previous posts), but this just happened to happen there.

While in Phoenix, I ran into a guy whom I was SURE I’d met before. In my mind, I kept thinking he was part of the series of Pima County Library’s workshops on Fantastic in Word and Image that I attended last year. He denied having been there, though he did admit to being an author of fantasy books for young adults. The next couple of times I saw him, I thought of him as “the guy who isn’t who I think he is” – I may even have introduced him to someone that way.

So naturally, once I got home, I went and looked up the photos of the authors from the event I had in mind, and sure enough, the man knew where he hadn’t been. So why did I think he looked so familiar? It turns out that I was confusing YA horror author Dean Lorey with sci fi author John Scalzi. Be honest – could you tell them apart if you met them in two dark alleys, several months apart? 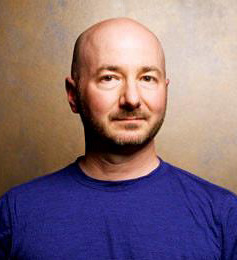 Anyway, my apologies to both gentlemen. I do love your books, though!